HBCU Trek - A mission to Explore all HBCUs in the USA

Accommodations are at Eldon Villas, which was mentioned in the previous post. Thankfully, IBM allowed me to fly out three days before work started.  This gave me the opportunity to pick the larger of the two bedrooms, and attempt shaking off jet lag.  My travel to Nairobi, Kenya is the 1st time in LIFE I’ve flown over an ocean to another continent, in doing so moved forward in time by eight discrete hours.
Unfortunately I didn’t get to see any of the WATER so it all could have been an elaborate ruse and I actually took a train that travels below or on the surface of the water.

The flight from Charlotte, NC to the UK was my sleepy time flight.  The flight from the UK to Jomo Kenyatta International (JKI) airport was my time to watch movies.  Flying Kenyan Airlines some of the offerings were for Kenyan movies and soap operas.  Suffice it to say, I have been spoilt in #Murica with high production quality.

Nairobi sports English as its language of business. What this means is that almost anyone with whom you encounter, by way of shopping and through work, will be able to understand and speak to you. Everyone in Nairobi also knows Kiswahili, and speaks to each other using this social language. Every semi-educated child or adult in this city, and probably the country is fluent in two languages. I was disappointed in myself as I know a single language, #MuricanEnglish. The integration of North American and British culture into the fabric of Nairobi was unexpected. Upon arriving at the Safaricom shop, the radio was playing contemporary Christian music in English. I began to laugh out loud in the middle of the store, for no reason to the other individuals present in the artifice.

Some amazing people from IBM decided to hang out with the interns before work started. Shruti and Nuri wanted to go to lunch and go on a day trip. They took us to a fantastic vegetarian eatery called Chowpaty. There were several imitation meats that were presented and a few almost tricked me. I liked or loved everything I tasted. The variety of dishes was unexpected and amazing. The two women paid for our collective lunch and I was overjoyed! Directly afterward we traveled to Karura forest and went on a 5km hike. I was extra excited because I figured I would see monkeys, and that we would become fast friends! In similitude with a young child, every 100 or so meters I asked why didn’t I see monkeys. Summer in the USA is winter time in Nairobi. Temperatures end up getting as cold as 10 degrees Celcius or 50 degrees Fahrenheit (Not cold at all, that still 18 degrees F above freezing). Upon arrival the temperatures were in the low 20’s or 68-75F (what some may call perfect temperatures). The only disappointing aspect about these temperatures was that a lot of rain came with them. We hiked in Karura shortly after it rained, so we ended up getting a tad muddy.

Thankfully before the end of the hike, but toward the end, I did spy a monkey in a tree. The youngster was looking at us silly humans traveling all on the ground like it was the thing to do. Weirdly the monkey reminded me of a squirrel with how it looked at me. However, when squirrels stare at me too much I toss rocks, as for the monkey I just stared back.

The 5km hike was for the purpose of spending time as a group, and seeing the Karura waterfall…

The majority of the interns had shown up by this point. The people that went on the hike were: S. Solomon Darnell, Shruti, Nuri, Alice, Lianna, Damola, Shuai, Scarlett, and Mattia.

Scarlett is shy. How cute!!!
Thanks Shuai for taking this picture!

I flew from Huntsville, AL to Charlotte, NC, to Heathrow Airport in London, UK and finally to Jomo Kenyatta International Airport, Kenya. In appropriate fashion, the last leg of my trip was by way of Kenya Airlines.

(I corrected this from ‘Nairobi – Kenyatta’ because my new friend Reagan, a natural born Kenyan said I was totally incorrect)

The country is on an increased security alert because USA president Barack Obama is visiting in July. One of the security precautions include disallowing photos of government buildings. IBM warned us of this precaution before arriving on the continent along with telling us to be wary of taking pictures of random people, because they will then ask you for money. Therefore you must act like a person with decorum and politely query whether or not you may take someones picture. The last several sentences explain why I have no pictures of the in or outside of the airport, a pity really. Let my explanations and your imagination suffice for the coming descriptions.

Getting off the plane there exists the normal travel from airplane to airport. However, this airport seemed to be underground. It wasn’t but it was an almost wholly concrete structure, with rudimentary lighting and a thermal imaging scanner that greets everyone attempting to leave the airport. I immediately thought of the Blade movie series where vampires show up as cold, blue bodies and humans show up in shades of yellow, orange and red. Yellow, orange and red denote varying levels of heat, while blue represents cold.

Her hands are a little too cold.

I then thought to myself “hey Shelb, you know if vampires exist they would have originated in mother Africa, they won’t be your run of the mill Dracula, but something much more powerful, you gonna be okay though, demons and dead things hold NO DOMINION over you!” 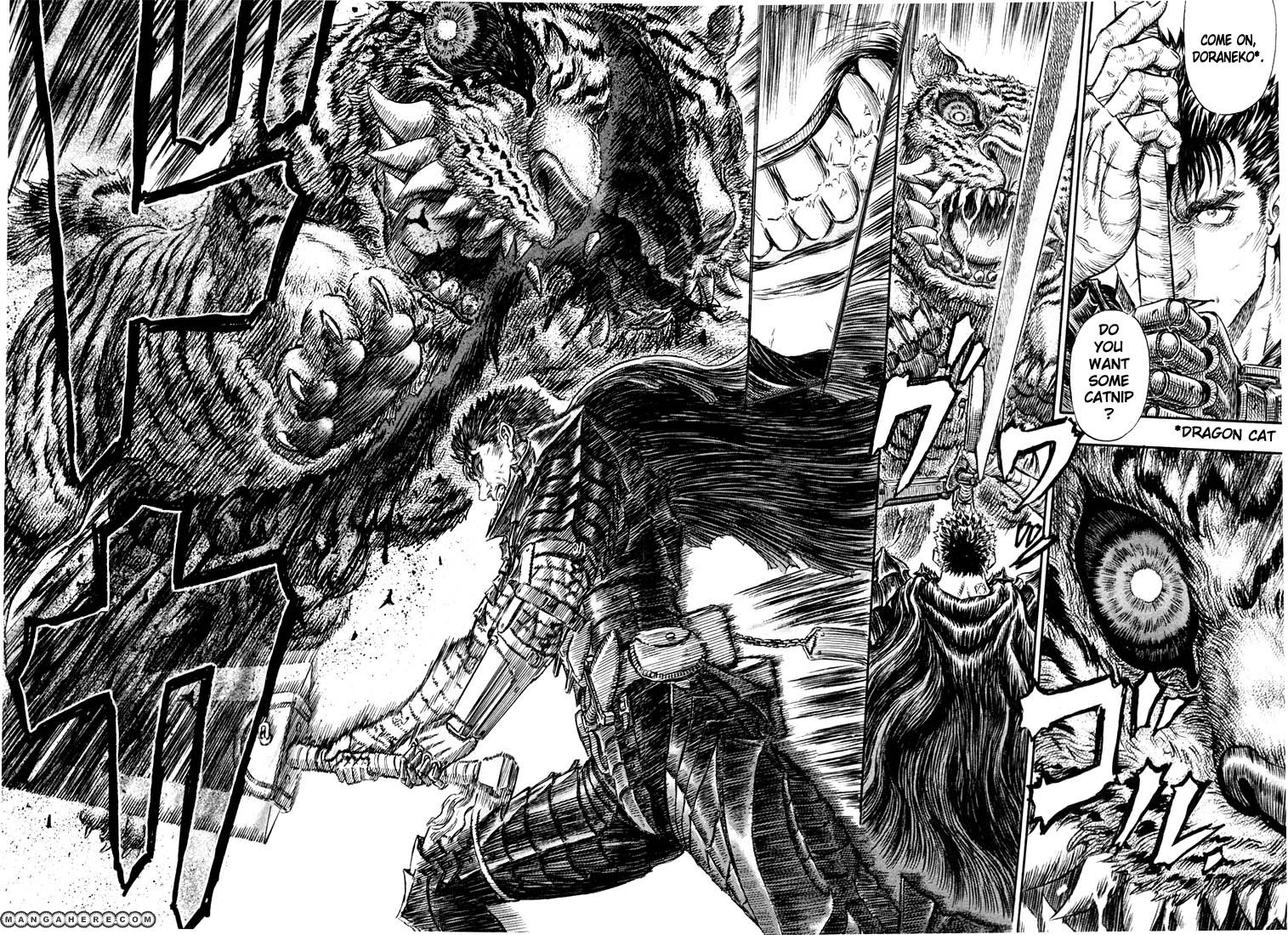 Demon killing technique “Cut that Joka…in half tho” demonstrated by Gutz from manga Berserk.

Afterwards I had the privilege to pay $50 for a Kenyan Visa followed by the pick up my luggage and going through customs. Then I was able to walk outside of the airport. To my surprise and chagrin a young airport guard was standing close to the exit sporting a machine gun. That’s when I said “come on nah motherland, y’all jiving like this tho”? After searching the rest of my surroundings for armed guards my attentions went to those holding signs for people getting off of flights. I found my name and my cab driver. I’m somewhat remiss for not remembering his name because he was exceptionally helpful and considerate.

During the cab ride (http://www.breacabs.co.ke/about-us/about-us.html) to the apartment complex I asked the driver to look for a place where I could purchase a Safaricom SIM card for my phone. He proceeded drive to at least three different locations to fulfill my request. I arrived Saturday in the early morning, the shops were not yet open. The cab ride is where I began seeing more stark differences between the USA and Kenya. It is obvious Nairobi is a microcosm of the Kenyan country as a whole, but it is the only place with which I can draw comparisons. Leaving the airport there were multitudes of people walking to work. Nairobi has vehicles and follows the British driving patterns (steering wheel on the right, drive to the left of the road). It seems the disparity in resources between well-to-do and subsistence living groups is more extreme than in the USA. Surprisingly the attire of the people walking runs the gamut of old boutique to business. Some people lived inside of the shops they worked from on the side of the street. The streets are not maintained in satisfactory manner, even in the capital city. Traffic lights and signs are almost non-existent and people still make due. The humanity of the throng seems to heavily outweigh the humanity of those found in USA. Humanity as in how driving without traffic signals and signs works. Humanity as in people hustling to work in droves on foot. Humanity as in tendency to not be wasteful. Humanity as in closer to the Earth. People living by herding cattle and wearing tribal garb are intermingled and walk throughout the same city as business men and women. There is public transportation (Matatu’s, a type of bus) where people jump on and hang out of the door interacting with whomever catches their interest. Humanity.

Back to the search for a SIM card… since an open distributor couldn’t be found at the time, we contacted one of his co-workers. The co-worker called my IBM contact and she instructed us on an alternate plan of action. Per instructions, we proceeded to get me checked into the furnished apartment. Upon leaving the cab I was introduced to Lianna, a water and ocean scientist. She accompanied me to the shopping mall next to the apartment complex. She guided me to acquire a SIM card and household goods at the Safaricom store and Nakumatt respectively.

Safaricom is the leading Telecom in Kenya.

Nakumatt is a Kenyan version of Wal-Mart, so its better than Wal-Mart.

That’s pretty much a wrap on the first day. After shopping I went back to the summer apartment (winter in Kenya, below the equator and all) then slept and resumed other activities not important enough to remember.